Dinner at the table was often the first sacrifice to the mental illness of hoarding. That was my first, visceral reaction. So many of my potential clients refer to TV hoarding shows that I spent a weekend in bed, not feeling great, watching the first full season of each of the most popular three, to get an even truer understanding of the shows than the impressions I had from the occasional episodes I’d watched. I may over time watch all the seasons, to see if the shows’ characteristics alter as hoarding disorder has become more and more carefully analyzed over those years. I can barely sort my opinions into coherent, cohesive themes. 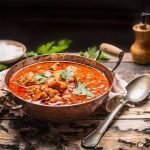 I lost count of how many of the experts I recognized – people I admire and honor, whose webinars I’ve attended, whose books I study. They approached these opportunities with enthusiasm, sincerity and optimism. The episodes were virtual practicums, reminders of successful techniques, glimpses of some new methods, new ways of framing the conversations and controlling the environments that I’ll try.

Every client had so much courage to accept help. Every friend and family member attempting to support, and suffering with, the clients had equal courage. Whether a client succeeded in reducing his/her hoarding behaviors or not, I passionately hope that they recognize how tremendous an achievement it was just to admit to vulnerability. And that they’ve given the world a priceless gift in offering a view into their lives: they have brought hoarding disorder into greater visibility. They give faces to the name, and I dearly wish that, in telling their stories, they encourage viewers to think past stereotypes.

But these shows are, ultimately, artificial and designed to earn ratings. So the flaws were painful to watch. I would be ashamed to ever be caught muttering “Wow, this place is filthy” in potential earshot of a client, let alone have it recorded for all time. The idea that the clear-out happens and “poof” everyone is healed is infuriating: those episodes in which there were no apparent therapeutic resources for the client or support circle, before, during or after, were appalling. The idea that therapeutic counseling can be entirely effective in front of a camera is loathsome. The idea that the clear-out can always happen in a weekend would be laughable if it weren’t so damaging – if the situation took months, years, decades to create, how is it physically possible to reverse without at least an equal number of hours? So yes, a team speeds up the process, undeniably: and costs $1,000s of volunteer or paid hours. The tremendous stressors about clearing are monstrously trivialized – I can almost hear people thinking “Well, if they can do it on TV, why is it so hard for you?” The shows that follow these individuals in real-time – months of painstaking effort – do a far greater service to furthering understanding of the affliction. I once had the honor of volunteering at a clear-out under the guidance of a Master Organizer. Four volunteers worked five hours to clear the home’s basement, while the Master Organizer interacted directly with our homeowner client. There were five therapists on hand that day keeping the homeowner calm. It had taken her two years to let someone inside.

I refuse to compare and contrast the shows, or even explicitly name them. To do so would insult the passionately dedicated professionals who give their efforts to the work. But if you are going to watch the shows, please watch more than one “brand,” and more than one episode. Watching a balance of personalities, client and providers both, seeing a significant range of environments, multiple types of things which get hoarded, and myriad other nuances I could name, is far more informative than just gawking at one spectacle.