When Casual Uncluttering LLC was so new I was terrified of making mistakes rather than confident that I would make them, I read organizing books as quickly as I could discover them. Marla Cilley, FlyLady.net, author of Sink Reflections (my review is here) was one of the first Organizers I studied – I wrote that 10/27/2012 review almost exactly on my company’s first-year anniversary. Ms. Cilley pointed me to Sidetracked Home Executives, to whom she is deeply indebted, but despite the droll name, I never really tried to track them down. When the newer edition of Pam Young’s and Peggy Jones’ Sidetracked Home Executives, from Pigpen to Paradise has been published in 2001, well… ya can understand that I questioned its relevance.

Fast forward to 7/10/2019 and I’m in a library. And I, zombie to a brain, shuffle to the book sale. And find the Sidetracked Home Executives classic I’m OK, But You Have A Lot of Work to Do. 1989 publication date, I’d never heard of it and OF COURSE I’m going to buy it. Hey, they’re from my adoptive Washington State, sister Washingtonians unite.

First off – Ms. Young, Club Organized, is to-this-day a tornado of organizing activity. Unhappily, Ms. Jones, her real-life sister, is retired due to Multiple Sclerosis. Second off – Shame on me, I was wrong. Their organizing strategy, which involves index cards and a buddy/honor system, is simple, extremely quick to implement, inexpensive and effective once everyone stakes a claim in the process. Unerringly timeless, in fact there are dozens of variations on the theme online. With the possible, miserably not probable, detail that the allocations of housework which they discuss between working couples may have evolved in our modern day. But now I’m stymied – I’d adore getting my hands on a 1977 AND a 2001 pigpen-paradise copy for a must-read and magnificent cultural comparison, especially with I’m OK  and 2019 data tossed in. ‘Cept a $102 dollar paperback (?!?!?!?????) 1977 edition ain’t in the budget. These giants have a cult following!  2001… that’s already in the Amazon cart. I’ve earned my living as a Professional Researcher, so I’m breathing hard, compromising my standards, and settling for a 1981 edition. 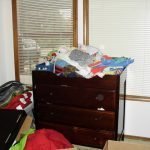 This is going to be fun. And yup, gonna blog my conclusions.