Zooming Across the Years is a moving, powerful blog post by Bill of Liz and Bill Spears, Re/MAX about coping, connecting with and valuing the people in our lives, especially now. I’m reposting this with their permission, and the photo belongs to Bill. 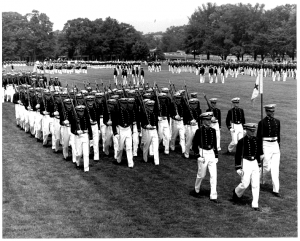 “Sometimes we need something bad to happen to force us to do something we should have been doing all along.

COVID-19 has forced a lot of people to change habits.

And of course the process of buying and selling a home has changed a bit, at least for the short term.

And another thing that has changed?  The helpfulness of technology to keep our social distances and still stay connected.

My engineering job uses various web conferencing tools.  Skype, Webex, Zoom, a lot depends on which country the meeting organizer is home based out of.  I work with people from China to Europe and East Coast to West Coast in the U.S.

I’m not really the most social of people by nature.  Engineer, introvert, this work from home and shelter in place doesn’t have me banging on the doors yelling “let me out!!”.

And it’s easy to let Life get in the way of keeping in touch, but technology let’s us bridge the miles with a few clicks.

Last night 14 guys I mostly hadn’t seen since an Annapolis day in May 1985 when President Reagan shook each of our hands, we were handed our diplomas, swore our commissioning oath, tossed our midshipman covers (hats to most of you) in the air, then donned our officer insignia and new covers and started the next chapter in our lives.

A handful of them were present 10 days later to usher in Liz and me getting married, and then for the most part we scattered to the corners of the earth on our new duty assignments.

Once in a great while I’d cross paths with one of these 30 guys from 4th Company, but over time contact was lost with most of them until Facebook and LinkedIn made it easier to find each other again.

Last night 14 of us gathered together on a Zoom call.  Not a bad percentage for 35 years after graduation.  We’re still scattered around the earth.  The organizer of the call was in Hong Kong (he’s a commercial cargo pilot), a fair number of the guys are retired after finishing a long career in the Navy and moving on to their 2nd (or 3rd) careers.  Some are just a few miles from their hometowns (something we had to learn about each other almost immediately after our Induction Day in 1981).  Somewhere in my basement is a hand written list, Giles..Dumfrees VA, Doug..Holidaysburg, PA, Louis…San Bernadino CA…yep, most of that roster is still in my head 39 years later.

It was great catching up with each other.  The faces were the same, but older.  It was a quick two hours and we have plans to do it again.  The years may pass, but the comraderie is always there.

No real estate lesson in this one today folks.  Just a reminder, use this “forced” time off to reach out to the people you care about.  You won’t regret it.

Bill of Bill & Liz aka BLiz

FacebookTwitterPinterestLinkedinEmail
Posted in Life, the Universe and Everything and tagged COVID19, Navy
← Organizing Pep Rally Movie-Star-Style – virtualFinally, a Grey Gardens Movie I Like →